Shoulder pain may be an isolated problem localised to the shoulder or be a part of widespread pain as in rheumatoid arthritis. A combination of history, examination and diagnostic investigations is utilised to identify the pathology and guide further management. Diagnostic ultrasound scan is an effective bedside tool as it can reliably identify common shoulder pathologies and reduce the requirement of additional investigations. I routinely perform ultrasound scans at the time of initial assessment. This reduces the requirement of additional investigations and if required a guided injection can be performed at the same time.

Some of the common reasons for shoulder pain include


Some of the common interventions I perform in pain clinic are given below. Click on these to find out more about them

Suprascapular nerve transmits pain sensation especially from the top and back of the shoulder joint. It innervates some of the muscles around the shoulder joint. Entrapment of this nerve can also cause shoulder pain. Suprascapular nerve block is performed under x-ray or ultrasound guidance for a variety of painful shoulder conditions such as frozen shoulder, shoulder joint arthritis, rotator cuff tears, bursitis and nerve entrapment. A mixture of local anaesthetic and steroids is injected after confirming satisfactory needle positioning. Ultrasound offers the advantage that the spread of the drugs at the intended site can be confirmed. Radiofrequency treatment can help to prolong the pain relief.

This is a commonly performed injection for impingement syndrome, bursitis and/or rotator cuff disorders not responding to conservative management. I prefer to perform this under ultrasound guidance as an outpatient procedure. A mixture of local anaesthetic and steroids is injected. Ultrasound guidance helps to ensure that the medications are delivered at the correct site and reduces the chances of complications as the needle can be visualised at all times.

These injections are used for pain relief in shoulder joint arthritis. Glenohumeral join injection is also performed in frozen shoulder. Ultrasound or x ray guidance helps to improve the accuracy of injections. A mixture of local anaesthetic and steroids is injected.

Shoulder pain due to calcium deposits in the tendons commonly occurs is middle age. This procedure is performed as an outpatient procedure under local anaesthesia, using ultrasound guidance. A needle is placed in the area of calcification in an attempt to remove the calcium deposits. Multiple punctures may be required to break the calcium deposits and promote healing. A mixture of local anaesthetic and steroids is injected at the end to reduce post procedure discomfort. A repeat scan is generally required after 4-6 week to reassess and repeat treatment if required.

This procedure is aimed at improving mobility and reducing pain for patients with frozen shoulder. Needle is placed in the shoulder joint under ultrasound guidance and sterile saline is injected to stretch the joint capsule.

Platelets are one of the blood components. They help in clotting and contain growth factors which promote the healing process. PRP is blood plasma with concentrated platelets. PRP therapy is an attempt to utilise body’s natural ability to heal itself. Growth factors released from the platelets influence and accelerate the repair of tendon or ligaments. It is utilised for tendon or ligament injuries which have not responded to conservative measures such as tennis elbow, golfer’s elbow, plantar fasciitis, achilles tendinosis.

The procedure involves collecting a blood sample from the patient which is then placed in a spinning machine to separate different blood components. The component containing high platelets is separated and then injected at the intended site under ultrasound guidance. Most people require 1-3 injections at 4 weekly intervals. 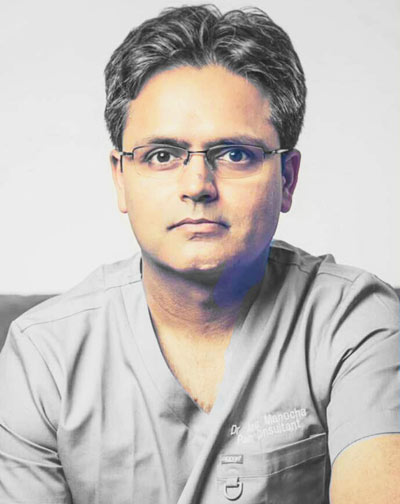 View Full Profile
Find us on:

*Disclaimer: All information on www.removemypain.com is provided in good faith for general informational purposes only. It is NOT intended to serve as a substitute for the consultation, diagnosis, and/or medical treatment of a qualified physician or healthcare provider. Do not disregard professional medical advice or delay seeking medical treatment because of any information you have read on this website. We give no warranty of any kind regarding the accuracy, adequacy, reliability, validity or completeness of any information on the site. Your reliance on any information on the site is solely at your own risk. We shall not have any liability, under any circumstances, for any losses or damages incurred as a result of use of this site. By using our website, you hereby consent to our disclaimer and agree to its terms.